Bridgeland student Joshua Thomas proudly stated, “This was a super cool experience! This opportunity allowed me to think outside the box and view architecture differently. I am pretty sure I gained clout from this! I can’t wait until next year!”

Canstruction® is a design-build competition that allows participants to submit a theme and build a structure out of donated canned goods. Hosted at City Centre on the west side of Houston, the sculpture remains on display during voting, and at the completion of the competition, the canned goods are then distributed to local food banks just in time for the holidays.

The overall concept was Yogi Bear and highlighted a story about the City of Jellystone being devastated by a massive storm resulting in a total loss to the community. The character of Yogi Bear was made up of over a 1500 pinto bean cans with sweet pea accents for his tie and tuna for his hat. The colossal sized basket next to Yogi was made up of sliced pineapple cans, accented by an olive handle. Red LED lights flickered in the “fire” made out of black-eye pea logs and other assorted cans.

VLK’s team leader, Krista Thomas, said, “I am so proud of these students! They faced many roadblocks that could have turned them away from participating. After arriving at City Centre, the students noticed that half of the cans ordered were missing. The kids worked together as a cohesive team and found the best solution with the cans received. I can't wait to work with them in the future as students and as they start their architecture careers.” 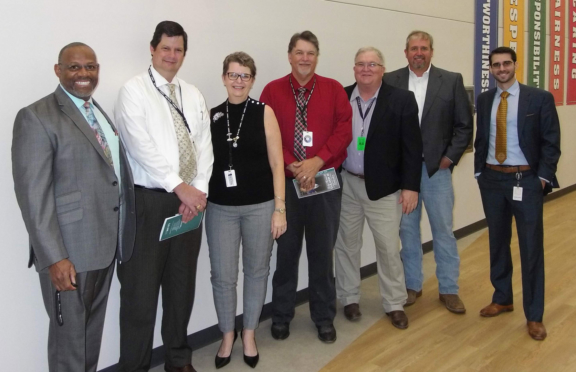 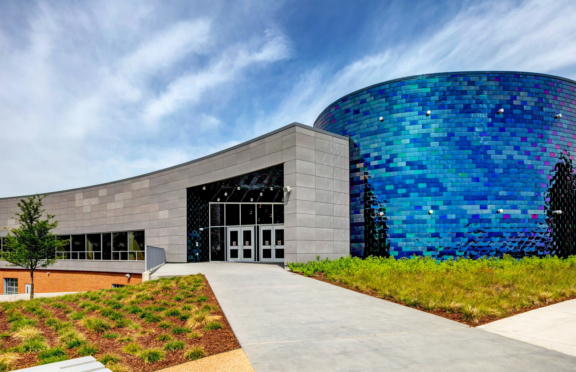