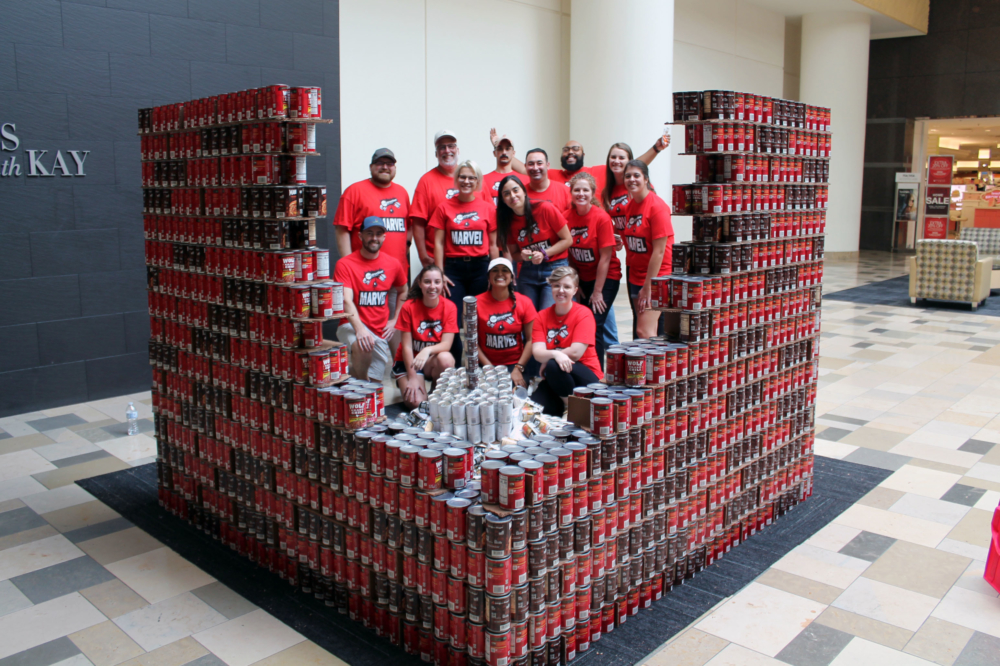 VLK Breaks Through the Walls of Hunger at Canstruction® 2019

Fort Worth, Texas – On September 29th, representatives from VLK Architects gathered at North East Mall to participate in the 21st Annual CANstruction® Fort Worth contest benefiting Tarrant Area Food Bank. The event brought together teams from across the country to design a themed structure with canned goods. The structures remained on display for a week and mall-goers voted to determine the People’s Choice winner. After the exhibition, all cans and proceeds were donated to the Tarrant Area Food Bank. This year, the CANstruction® event will provide more than 16,000 meals to those in need.

“This was my third year participating in CANstruction® for VLK and this is my favorite design we have done so far because of its experiential quality,” said Sydne Goldstein, Emerging Professional, VLK Architects. “It’s also really great knowing the cans will be donated to feed the hungry, it’s such a rewarding and fun event!”

This year, the Canstruction® theme was “MARVEL, End to Hunger”. VLK’s structure, titled “Hammering Away Hunger,” depicted Thor’s hammer, Mjolnir, smashing through the wall of hunger. The VLK team built the ‘brick wall’ by using both horizontal and vertical mortar spacing as a nod to the architectural field. The design was built with 2,364 cans of chili, beans, tomatoes, Manwich, green beans, and 15 bags of rice.

The proceeds from VLK’s fan votes totaled $1,850 which will provide 9,259 meals for those in need in Tarrant County. Overall, the People’s Choice Voting raised a total of $4,200 which will help provide over 21,000 meals to those in need.