The Hutto Cotton and Grain Co-op served the once primarily farming community of Hutto, Texas from 1937 until its closure in 2003. After the City of Hutto purchased the Co-op site to establish a new civic district for the community, the Cotton Gin at the CO-OP adaptive re-use became the first project completed from the city’s 2012 master plan. Preserving an icon of the community’s agricultural heritage, the design objective was to transform the Cotton Gin into a multi-purpose, flexible, open-air event space while maintaining the building’s character and landmark status. The two original cotton gins were selectively deconstructed, and portions were recycled or re-used to create a single space. Perforated stainless steel was chosen as the exterior siding material for the south façade to diffuse the ever-changing natural light throughout the day, and to offer transparency at night.

Texas Society of Architects Design Awards 2016: The Cotton Gin at the Co-Op District 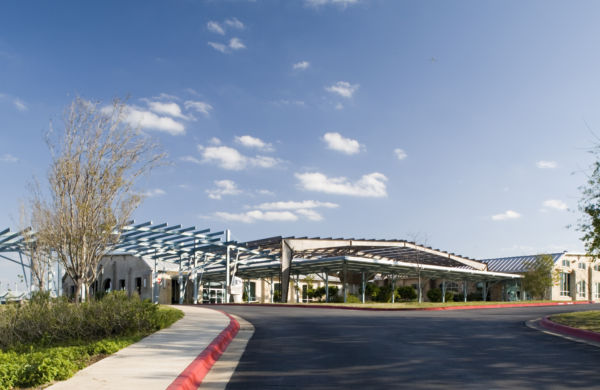