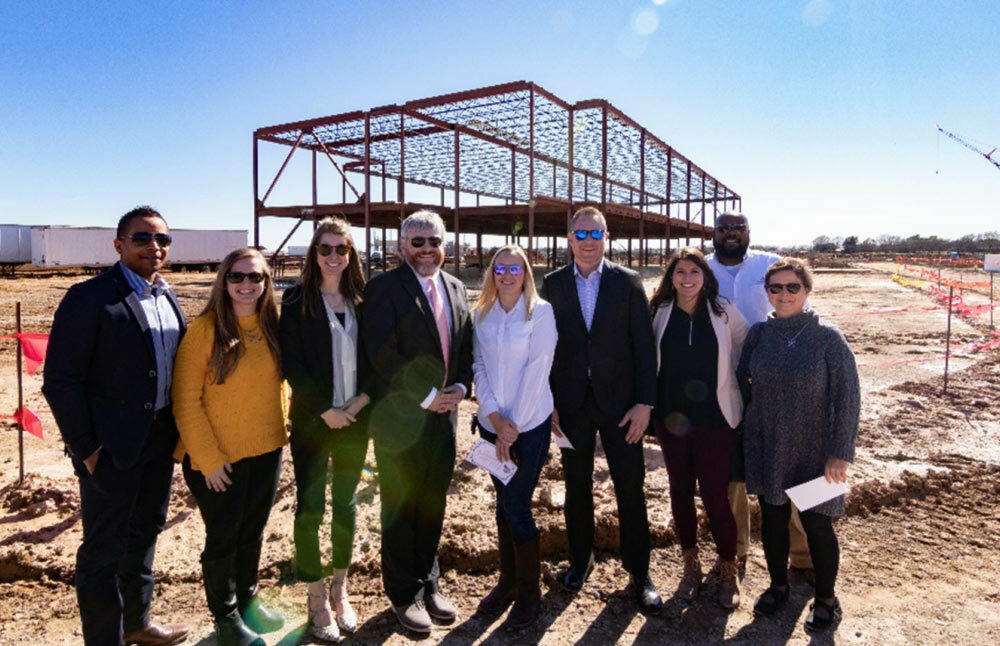 “The new Denton High School is the epitome of a legacy project for our firm, but more importantly, it’s a legacy project for Denton ISD,” said Sloan Harris, CEO/Partner, VLK Architects. “The new Denton High School is the perfect culmination of a district dedicated to the success and well-being of all its students, the community’s engagement in the visioning of the project, and design that truly captures the core values and voices of education leaders and students. The new DHS is a beacon of next-generation educational design that will serve its community for decades to come.”

The construction of the school is part of the DISD 2018 Bond program, approved overwhelmingly by voters. The new 490,000 sq ft high school will serve 2,200 students in a world-class facility consisting of a 1,900-seat gymnasium, 800-seat auditorium, a centralized media center, and a large student commons overlooking an expansive courtyard. Also, three competition gyms, a fine arts corridor, outdoor performance space, and several sports fields are incorporated into the plans, as well as a competition football field which will serve for junior varsity games.

“We wanted to carry on the theme apparent throughout the city of Denton of design symmetry that draws you into the building,” said Joel Hays, Principal, Denton ISD. “The team at VLK Architects allowed us to drive them around and show them some of this unique architecture. In a couple of years, when you walk into this building, you will see these elements incorporated in the design of Denton High School.”

The architecture of the new facility is traditional, with arched windows and a tall domed rotunda entryway, which serves as the focal point of the design. Within this rotunda, the legacy of the Denton Independent School District will be depicted using elements from the 136-year history of Denton High School. The existing Denton High School bronco will be relocated and placed atop the domed entry rotunda within this new campus. The newly relocated bronco, overlooking the city of Denton, will welcome new students and serve as a reminder of the roots of Denton High School. 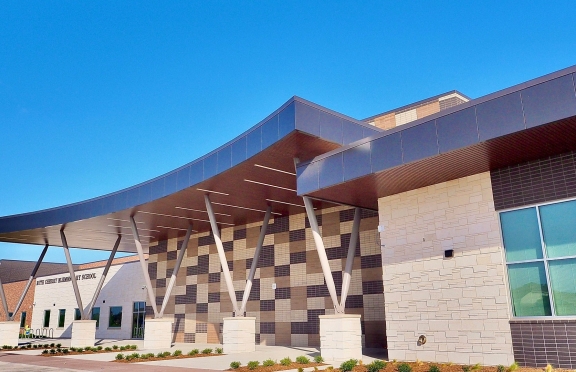 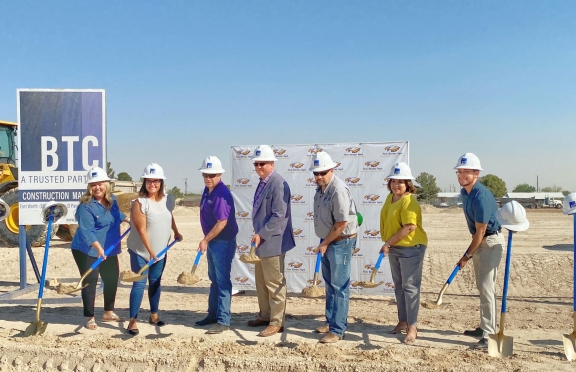 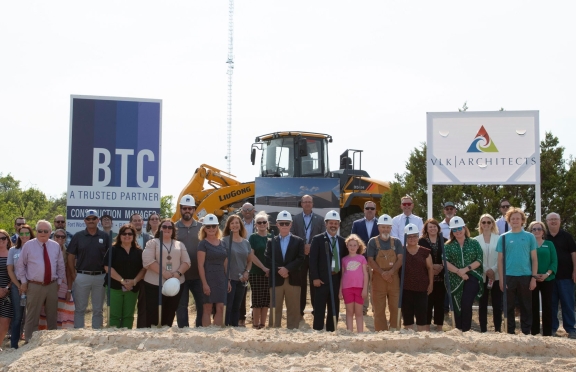